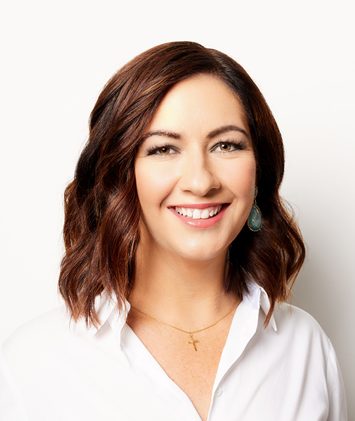 Janelle is a commercial junior barrister in Brisbane (called 2008), known for her level of preparation and forensic skill, in-depth analysis of the law and persuasive written submissions and pleadings.  She is quickly able to conquer the real issues in dispute.

Janelle is also a sought-after mediator.  She took her mediation skills to the next level at Harvard Law School by completing the Advanced Mediation Workshop there in 2017 (Harvard Program on Negotiation:  Executive Education, Cambridge, June 2017).  Reaching resolution requires experience in handling complex, multiparty disputes.  Harvard’s advanced course is only open to professional mediators with recognised prior experience.

Janelle has appeared (and advised on evidence and prospects) in a broad range of commercial disputes, with particular expertise in contractual and statutory interpretation, property and leasing litigation, corporate disputes, banking and finance, equity and trusts and professional disciplinary proceedings.

As well as the above, Janelle has an interest in fertility law and was Counsel in the landmark case in which a same sex couple was named on a birth certificate.

Janelle is also experienced in mediation (including as mediator) and ADR, including expert determination and arbitrations. She is interested in being involved in Commissions of Inquiry.

Janelle is a highly-regarded individual with past leadership roles with WLAQ and on the QLS Litigation Rules Committee. Janelle was named Queensland Emergent Woman Lawyer of the Year, finalist (2005-2006) and established the WLAQ Ladder mentoring program.

She has over 14 years’ experience as a lawyer, having been admitted as a Solicitor in 2002 and called to the Bar in 2008. Prior to being called to the bar in 2008, Janelle was a Senior Associate with Minter Ellison, Australia’s largest law firm. There, she had a respected banking litigation, property and insolvency law practice, with clients including major banks, retirement village operators and landlords.

Janelle also has a cross section of real-world business experience: she’s helped grow a successful franchise system and has developed a nut-free protein spread for kids’ lunches. As well as being an accomplished presenter, her charity work includes Destiny Rescue.

She accepts briefs from solicitors in all Courts and Tribunals, including the Supreme Court, District Court, Federal Court, Federal Circuit Court, QCAT and professional disciplinary tribunals.

Janelle has a working knowledge of Queensland and Commonwealth legislation, including:

For a comprehensive list of Janelle’s judgements, please visit her Judgements Page.

Direct access briefing:
Janelle only accepts briefs from solicitors, law firms or government agencies and does not accept direct access briefs from the general public. If you are a member of the general public, the Find a Solicitor function on the Queensland Law Society Website (www.qls.com.au) enables you to search online for solicitors and law firms in Queensland. Please then have your solicitor contact Janelle to discuss your matter further.